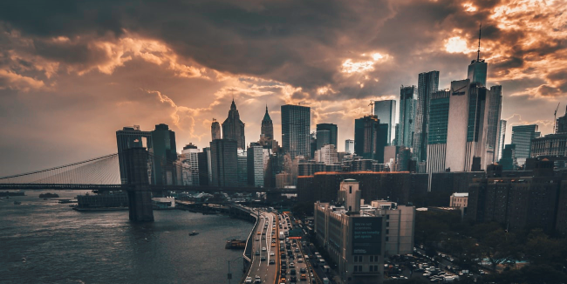 A new paper by Prof. Alberto Troccoli exploring the relationship between socio-economic activity and climate and geography variables has been published today.

The documented link between socio-economic activities and the climate goes back centuries. While studies have shown a link between latitude and average temperature and economic output, through a country’s Gross Domestic Product (GDP) for example, other meteorological variables also have an important part to play.

A new study by the PLOS ONE journal takes inspiration from the 1915 ‘Civilization and Climate’ regional labour productivity analysis by Ellsworth Huntington, to explore the often-overlooked meteorological impact on economic output. It looks at how different global weather variables – temperature, precipitation, wind speed, atmospheric pressure, etc. – together with their standard statistics, relate to worldwide economic output.

‘The weather, we can represent at very high resolution through advanced physical models. But the economic productivity was available as country averaged GDP just up to several years ago. Unfortunately, it is impossible to relate climate variations over a country, which can span a wide range of climatic conditions, with economic productivity if all we have it’s just that one number, GDP’
Prof. Alberto Troccoli, Author of the study

The study made use of a recent high-resolution dataset produced by Nobel laureate and University of Yale’s Prof. William Nordhaus, which looks at economic productivity over the globe for cells every 100 km. (This is the so-called Gross Cell Product (GCP) – much more refined version of GDP.) This dataset, together with a large sample of climate and geography variables, were combined into a non-linear statistical model which was able to explore and capture their complex relationship. As a result, the most relevant variables have been identified.

`Surprisingly, it is not the average climatic conditions, as typically used in economic studies, that ranked the highest` explains Prof. Troccoli. Instead, it was discovered that month-to-month variations in atmospheric pressure placed highest. More specifically, areas with higher GCPs are associated to moderate variations.

The study found that too-low values of atmospheric pressure variations are less than ideal for economic productivity, presumably not providing enough physiological and/or psychological stimulation to encourage productivity. Whereas too-strong values, likely connected to adverse severe weather conditions, could potentially lead to [national] incomes decline. And interestingly, it was discovered that latitude diminishes in importance when only the wealthier parts of the globe are considered. Instead, moderate values of high atmospheric pressure provide a more favourable setting for higher economic productivity.

Geography and climate aren’t the only explanation

Economic development is highly complex. There’s no way to identify one leading cause as economy intricately links a number of physical and social factors. We can, however, summarise these into by two fundamental considerations: institutions and the geography/climate.

While institutions are the result of a wide variety of both internal and external factors including human, geography and climate influences, the geography/climate consideration is clearly an external issue in relation to economic output. It can therefore be treated as a “natural experiment” that helps us identify relationships between economic outcomes and meteorology.

And even though institutions have been marginally considered in this study, the results indicate that geographical and meteorological factors are possibly more critical in explaining economic activities.

Exploring past and future climate/economy relationships

Despite the complexity of socio-economic productivity, this study provides an improved understanding of why better-off societies are geographically placed where they are. However, in order to pinpoint specific locations, further research would be needed.

On one hand, given this study’s recently demonstrated climate/economy relationship, it could provide an indication of what the climate conditions were in economically active historical regions of the world, such as the once prosperous Mesopotamia. But on the other hand, knowing how the climate is projected to vary in the second half of this century could also inform where new economic activities might be established to enhance favourable economic outcomes.